Book Publishing and Cosmopolitanism: A Sketch 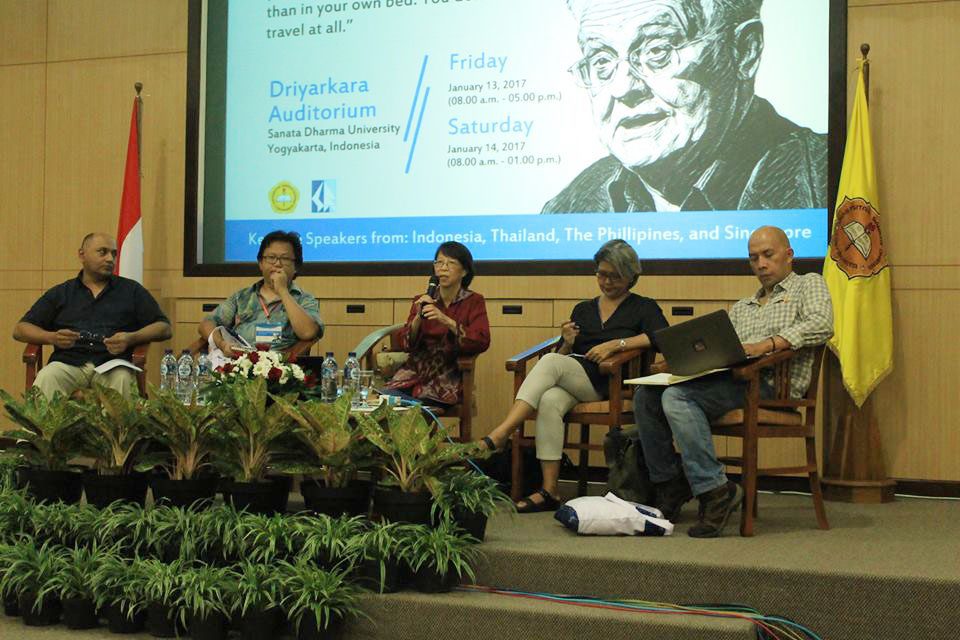 It might be a cliché to say that books are bridges and windows to the outside world, a “tool” that enable you to cross barriers to “live” in another country, another culture, even another planet. In short, an important medium for cosmopolitanism to flourish. Cliché, but however, was and still true.

We can see this clearly from Ben Anderson’s early life—how his parents told little Ben and his brother and sister to read widely about other cultures and languages. This habit later shaped his passion for books and literature, and also his unending endeavour to study other cultures, other languages.

This passion never cease untill the end of his life. In direct or e-mail conversations, he always asked me about the latest books I’ve read, or who’s contemporary Indonesian writers that interesting or read by young people nowadays. Even one day before he passed away, en route to Batu, Malang, he asked to stop by a bookshop to look for novels by Indonesian female author whose name had been recommended to him but he had never read yet.

So if we believe that books and reading have a lot to do with the making and shaping of cosmopolitan world-view, what can we conclude from the fact that an UNESCO study found that our reading index is just 0.001 (meaning that there’s only 1 person every 1,000 persons that eager to read books seriously). Another study from 2016 found that Indonesia was among the “most illiterate country in the world”, ranked 60 among 61 countries surveyed (placed us a slightly better than Botswana). How to make cosmopolitan communities from communities that don’t read?

This problem is worsened if we look at “what do the 0.001 really reads?” We can go to mainstream chain-bookstores and see what’s the latest hits. You’ll be amazed: book about Flat Earth, aiming to reject the fact that the earth is round. This is what majority of people reads, because it is promoted widely in bookstores. The big, mainstream bookstores or publishers don’t have problems promoting absolute nonsense that sells well, but very restrictive on scientific, objective studies that talks about religions, communism, LGBT and so on.

By catering to certain interests and specifically financial interest only, it is a paradox that mainstream bookstores have a role in fostering not a critical, or even, cosmopolitan thinking, but vice versa.

So if we talk about creating “cosmopolitanism from below” through books, then in this context we must talk about the works of literacy activists from below too. The small indie publishers keep struggling to make ends meet, while at the same time upholding an ideal to bring the best of world literature and intellectual discourse to Indonesian readers. Jogjakarta is the very home of such indie publishers (although now the number is far below its heyday). And few others operate in Jakarta, Depok, Tangerang Selatan, Bandung, Surabaya, Makassar and Denpasar. It is worth noting that Cantik Itu Luka by Eka Kurniawan was first published by a Jogja indie publisher, Jendela, before bought by Gramedia giant—this is the edition that Ben read.

Along with the publishing, these activists open up spaces around the archipelago by making book events, discussions, literary festivals, libraries and mobile libraries. These are, in a sense, also some kind of cosmopolitan communities.

As a publisher, the dismal reality that I’ve describe above always lurks behind our day-to-day works. But –at least for me—the inspiring figure of Ben Anderson lurks too—giving a small hope that maybe someday there will be a plenty of people like him because of the books we’ve translated and published.